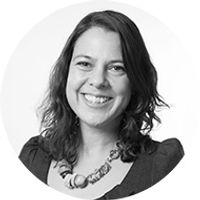 I always feel like I learn something when I read a post by Steve Rayson of BuzzSumo. Judging from his previous output he's a man who likes to write from an informed position. This post, as others I've read of his, is based on a piece of research - this time quantitative and analysing 100 million headlines for their "shareability".

And whilst as Rayson says "there is no magic formula" for creating the most appealing or action-inducing headline, it is true that getting the right mix of allure and interest can seriously impact the reach of your post on social platforms.

The research that content curators, BuzzSumo, have undertaken looks specifically at Twitter and Facebook content, and considers what headline ingredients seem to meet with the greatest success.  They have looked at the kind of phrases that produced the best and worst engagement; the optimal length of your headline (character numbers and word count); how to best start or end your headline; and what numbers work well in headlines.

It makes for interesting reading, and chockful of stats that make you think.

Phrases like "this is why" or "will make you" are well received (you see now what I did with the title of this Passle, right?), as are expressions that cause intrigue, such as "shocked to see" or "what happened next" (particularly on Facebook). Twitter users tend to prefer sharing those posts that have titles including wording such as "this is what" or "for the first time".

The data also underlines the perennial appeal of list and "how to" posts, and shows that the number 10 enjoys the most popularity when included in headers such as "10 reasons why" or "10 things you should".

What Rayson is keen to highlight in his post is that whilst this research uncovers useful insight into the kind of headline triggers that cause interest, excitement and even frenzy in social shares at times, they should be seen in context.

He writes: "The key point is that there is no simple formula or approach when it comes to popular headlines, you need to research and understand the headlines that resonate with your audience and industry."

Asking expert marketers for their observations also regarding the research, the post cites Marketing Profs, Ann Handley, who reiterates the same point.

"Burn some brain cells getting a little creative with your headlines. This research hopefully inspires you to rethink headlines... but of course, it’s just a measure of what has worked, not what will work. Think more deeply: What does it suggest? What might it inspire? Use this data as a kind of guidepost to inspire your own, new, never-before-trodden path.”

It is difficult to overstate the importance of headlines. A good headline can entice and engage your audience to click, to read, and to share your content. In many cases headlines are the thing that is shared rather than the article. So you knew that. But do you know what makes an engaging headline? While there is no magic formula for creating a viral or popular headline, there are many lessons we can learn to improve our content engagement. We shared our findings with content experts to reflect on the implications of the research for writers. We have included their expert thoughts and advice at the end of this post. We have also included a section on how you can analyze headlines yourself using BuzzSumo. Note: This research looks at the most shared headlines on Facebook & Twitter

Another great piece from @BuzzSumo - They analysed 100 headlines & this is their learnings https://t.co/II0nZvo6RW