Last week I bit the bullet and decided it was time to explore some private health insurance options.

A quick online search brought up some relevant websites and, within ten minutes of filling in an online enquiry form, I was on the receiving end of a phone call from a very helpful insurance broker called Phil.

Phil talked me through the options and offered to email me some further info, which promptly arrived in my inbox. And he concluded the call by saying that he'd be in the office till 9pm that evening if I had any further questions.  So far so good.

It was at this point though that things started to go a little haywire.

The truth is that, while I'd absolutely been the one to initiate the enquiry and Phil had been reassuringly responsive, I simply wasn't quite ready to make a decision.

And no amount of phone calls and emails was going to change that fact.

The seven missed calls on my mobile in as many hours the following day was a tad disconcerting.

But when he followed up with a "Why aren't you responding? Have I done something to offend you?" email, it was a step too far.

The irony was though, I was still on the hunt for health insurance - I just didn't want to 'buy' from him.

So where did it all go wrong?

Dan Tyre's blog post "How to close sales in the age of always be helping" sums it up pretty darn well.

His advice? Identify your prospect's stage in the Buyer's Journey.

Says Dan: "If you treat all your prospects like they’re in purchasing mode and try to aggressively close them, you’ll lose deals and waste time."

Dan also advises creating a buying plan with "the prospect's needs in mind."

"If the prospect isn’t ready to buy, let Marketing work them instead of Sales. Send them information and then drip them free resources through predefined workflows and have them reach out to you with questions."

A pushy salesperson isn’t good for anyone. Sales today is about helping people solve problems like a doctor or a consultant -- not slamming deals like a used car salesman.Social media didn’t exist decades ago, but today, 75% of all B2B buyers (including 84% of C-level and VP-level executives) use social media to research their buying decisions. If you’re consistently too aggressive while closing deals, you’re setting yourself up for bad press and damage to your reputation that can last a long time. 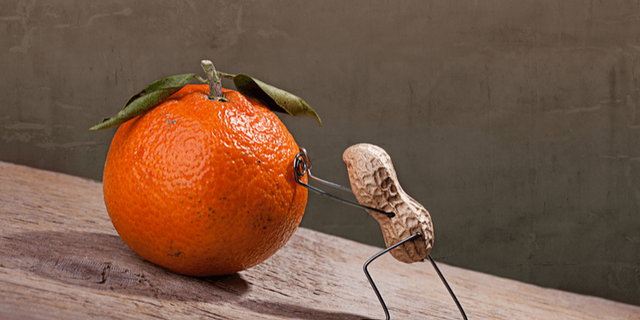 Ouch....31% of executives thought there was “tight” sales + marketing alignment vs.17% of managers & individual contributors > Inbound Vs. Outbound marketing: Does it really have to be a battle? https://t.co/mgQ8cDp6Rl pic.twitter.com/Goy5jyhK9A

Outbound Sales vs. Inbound Sales: As business owners or directors, we have all had it before! That annoying, unwanted, cold sales call... https://t.co/oC7UW7ONsp

Struggling with objection handling? Check out these 12 best techniques from They applied their own AI and natural language processing (NLP) tech to analyze behaviors correlated to sales success. https://t.co/E1OTOBso96