Yesterday morning we dropped our nearly 13 year old son off for the first day of his new school year.

Noticeably absent amongst his weighty assortment of school books and games kit was his beloved mobile phone.

A change in school policy over the summer (driven by an explosion in the use of What's App group chats in the last academic year) has now decreed that year 7 and 8 students are no longer allowed to bring phones onto the school grounds.

While my son has appeared surprisingly non-plussed by the decision, my head has been spinning at the news.

How am I supposed to get in touch with him at the end of the school day? What if I'm running late and can't let him know?

My 70 year old Mum, who's visiting us from NZ at the moment, was in the car with us at drop-off time yesterday.

I was suddenly reminded of the many innocuous afternoons I'd spent as a pre-teen sitting on our front doorstep for half an hour or so after school waiting for Mum to get back. Or (gulp) of walking the mile and a half home after school unaccompanied at the age of ten.

Sure, life in NZ was a very different world back then.  But was I now unwittingly creating a child of my own who lacked independent spirit?

Jean M. Twenge is a professor of psychology at San Diego State University and the author of Generation Me and iGen.

She's been researching generational differences for more than two decades and she's discovered that the characteristics that come to "define" a generation appear gradually - and happen along a continuum.

What she's observed is noticeable and abrupt shifts not only in patterns of teenage attitudes and behaviour but in the way they view (and interact with) the world.

Says Twenge: "Theirs is a generation shaped by the smartphone and by the concomitant rise of social media."

"I call then iGen. Born between 1995 and 2012, members of this generation are growing up with smartphones, have an Instagram account before they start high school, and do not remember a time before the internet."

Her research makes fascinating reading - highlighting the measurable impact of smartphones and social media on teen's attitudes towards friendships, relationships and their desire for independence.

As Twenge observes: "The allure of independence, so powerful to previous generations, holds less sway over today's teens."

So while life may not be so "convenient" now that an element of "connectedness" has been removed, I'm quietly hopeful that the lack of a smartphone might offer our iGen teens an opportunity for a little more connection with the real world.

Even when a seismic event—a war, a technological leap, a free concert in the mud—plays an outsize role in shaping a group of young people, no single factor ever defines a generation. Parenting styles continue to change, as do school curricula and culture, and these things matter. But the twin rise of the smartphone and social media has caused an earthquake of a magnitude we’ve not seen in a very long time, if ever. 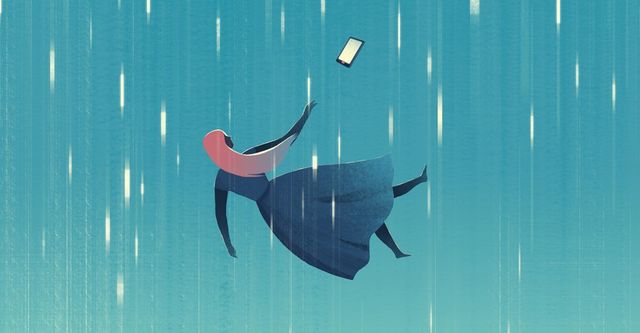 The ever-present smartphone represents a different parenting challenge (in KIND) from any faced before in the history of the world. We need to think CAREFULLY about this: https://t.co/1rE7LMAsWg

"Have smartphones destroyed a generation?" https://t.co/NX84Dz31sV